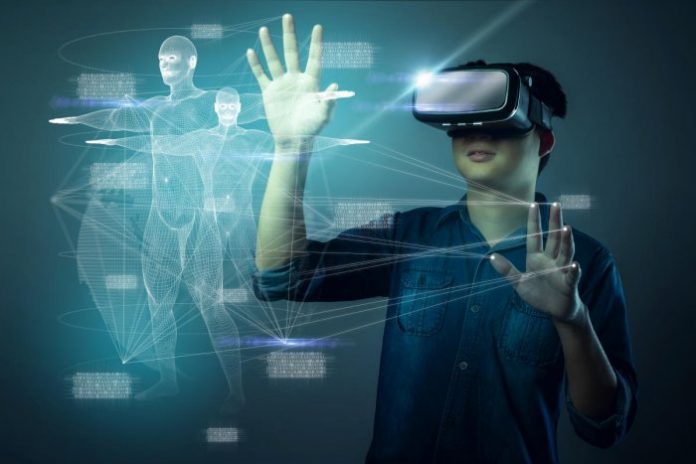 Nowadays, we use the phrase Virtual Reality to describe all forms of interactive experience. First virtual reality was mentioned in the middle of the 20th century, but the term itself appeared only at the end of the 80s. Now this concept contains also AR and MR, and 360 videos. All these technologies hit the market. Even though they are similar, more or less, there are a lot of differences between these techniques. So, let’s identify them not to be confused.

VR is the most accessible form. There is no real world. You use a head-mounted display, and via graphics and video, you are transferred into the virtual world without an opportunity to see the real one. Many big companies produce such kinds of displays that differ by price, size, quality, etc. And you can order the VR application from the advanced software development team.

Also, there is such a term as “non-interactive virtual reality”. This means that despite the fact you are totally immersed and can hear sounds, you can be just an observer without an opportunity to act.

There are some forms of “non-interactive Virtual Reality”.

They say that this form of immersive experience is still on the way to improvement.

There is an opinion that it makes sense. The main goal of storytelling is to provide a user with the feeling of actual involvement in the story with some visual or audio effects, but without giving them a chance to change something. And if it’s well done, each user, after all, has their own unique story.

In contradiction to the non-interactive one, users are totally involved in the virtual world. In an interactive reality, users definitely have more options. They can move, act, and cooperate with the items inside. Their feelings and emotions are extended.

Of course, the most significant part of it is not the real world but created via technologies and graphics.

This is an addition to the real world. Digital items accompany real ones. So you are not in a totally different world; you are in an improved real one. That’s why we call it “augmented”.

We use augmented reality mostly on our smartphones and tablets. There are a lot of different ways to use it in education, games, navigation, art, advertising, retail, social media, etc. Such famous retail companies as Gap, Uniqlo, Adidas used AR to create smart fitting rooms. Ikea launched an application with AR, so users can visualize their houses with virtual objects from the store. When you hold a box of Lego in front of a special AR terminal in the store, you can visualize your future constructor.

By using augmented reality, engineers can cover the given reality and provide us an upgraded version. Cinematography has been using AR for a while. For example, Iron Man, Back to the Future II, and many others.

The digital items could be text information, signs, pictures. Or, for example, it can be used in cars to give essential notes to a driver.

Finally, augmented reality gives people an opportunity to be involved in a better reality.

Mixed reality is an excellent combo of Virtual and Augmented Realities. The real world partly meets with the virtual one. For example, you can put a virtual item (e.g., a pillow) into an actual thing (a sofa). The object would keep staying in the same position even if you move. Essentially, the item from a virtual world becomes part of the real one. Isn’t it wonderful? Some companies have already presented their outstanding examples of MR.

360 video could be produced via the camera, which can cover 360. But in most cases, producers use a few cameras to collect the records from different angles. And then put all the pictures together to make a one-piece picture that can be projected into 360 videos. But this work demands professional experience. Otherwise, the view can be broken.

360 video is helpful when you need a live video like shows, road videos, etc.

Is 360 video a Virtual Reality?

People can call 360 videos a VR because when they watch the 360 videos, there is no possibility to see if the real world is involved or not. But it is not virtual reality.

You can ask why. So the main reason is that VR technology uses special mechanisms to track when you move. And it gives you an illusion that you are entirely in the virtual world. The scene moves as you go. It affects your mind. Also, it requires very powerful computers to track your positions.

When you use 360 video, you are not totally involved. You can look around, but you have no opportunity to move forward. So don’t lie to yourself, thinking that you are in another world.

We can watch 360 Video with no specific devices. The most popular is YouTube, where you can find many panoramic videos. Via 360 video, you see different cities even from above.

There is no doubt that the perspectives of all these technologies are huge and limitless. More and more companies will deploy VR, AR, MR, and 360 videos in their services in the near future. Do not waste the time, be ahead of your competitors to integrate new technologies into your business.